San Juan Island Brewing Co. approached Hinton Creative was with the exciting (and tasty) task of building their brand from the ground up. Lori assembled a team to create the burgeoning brewery’s story, personality and visual assets including naming, beer & food menu writing, logo design, brand guide, can design and more. 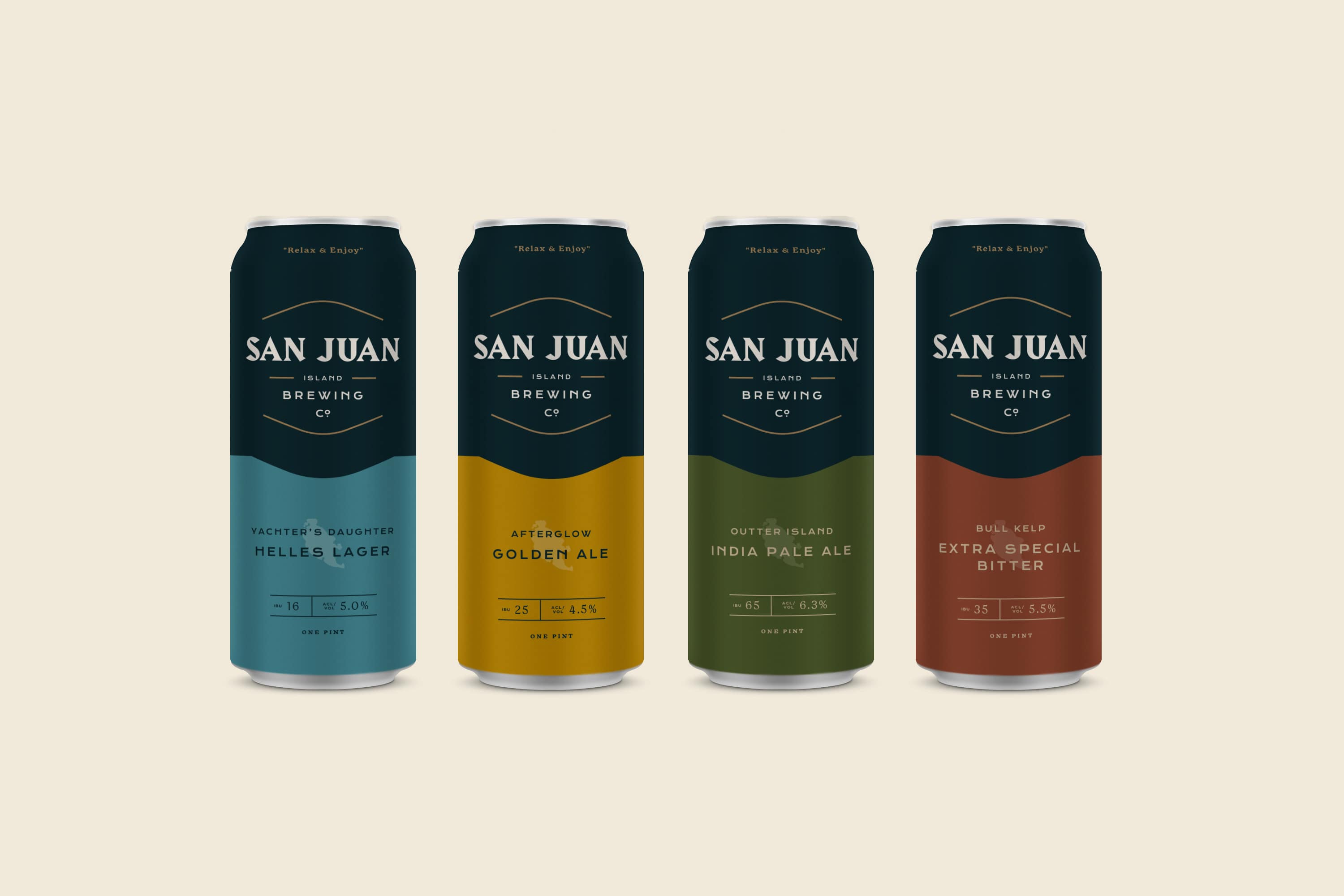 “Everything about our brand could not be a more perfect fit, thanks to Lori & her team.” 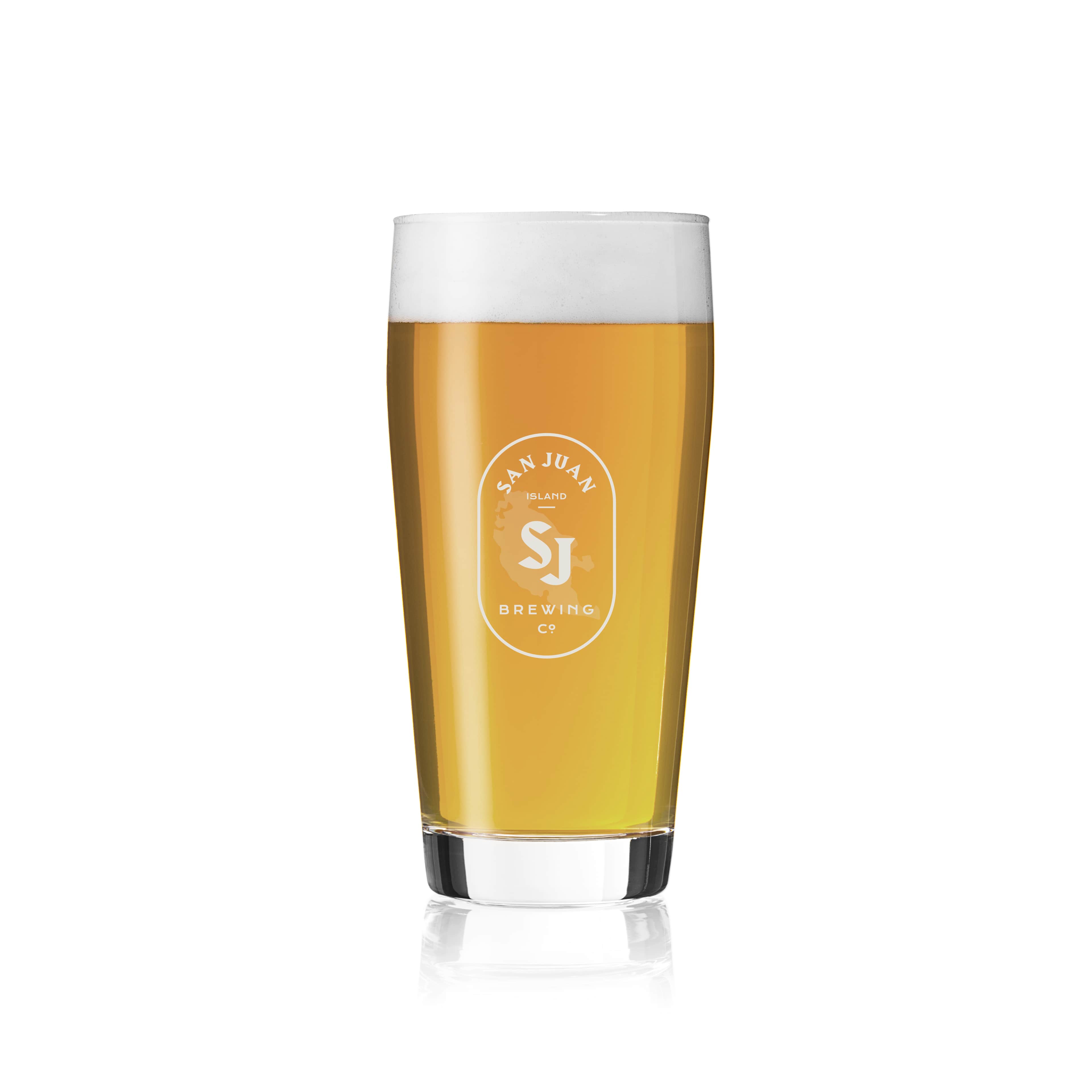 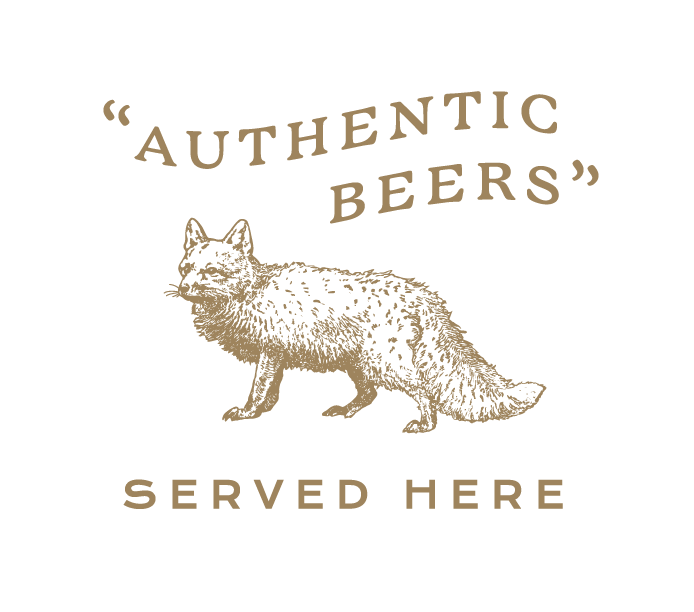 The idea began brewing in 2012 when San Juan Island natives, brothers Tim and Sean Aylward, approached long-time Island grocery guru, businessman and investor Verne Howard about starting a brewery. The brothers were always attracted to breweries and the communities they create, and they knew Friday Harbor was thirsty for the same. For three years the trio researched locations and created a plan with the help of a top winemaker and brewing consultant. The wheels were in motion when the brew crew was introduced to home brewer Jesse Visciglia, who just so happened to be pursuing the same dream. They had now found their head brewer. While Jesse worked on recipes the crew toured breweries all over the West Coast and determined they’d like to build a brewery and restaurant from the ground up. The perfect property was purchased just a few blocks from the ferry. The crew broke ground the summer of 2016 and opened less than a later.

Soon after breaking ground, the crew knew it was time to put a name and a face to their new venture and begin marketing their soon-to- be brewery. They reached out to Hinton Creative to help create their brand. With an affinity for the island (having worked summer jobs there throughout high school and college), Hinton jumped at the chance.

“For us, the most important thing to starting a new brewery in today’s market was creating the brand—something that fits our community, our location, our personalities, and of course, sells,” explains Sean Aylward, General Manager for San Juan Island Brewing Co.

“Everything about our brand could not be a more perfect fit, thanks to Lori and her team. She took the time to understand what we wanted, but also guided us in a direction on how to make it all work.”

Building a brewery on the Island has received tremendous support from locals and tourists alike (which is important when the island only has a 3-month tourist season). With fun and locally-significant beer names like Yachter’s Daughter Helles Lager, Afterglow Golden Ale, Outer Island IPA and Power’s Out Stout, the brand resonates with islanders and begs visitors to learn more. San Juan Island Brewing is also a gathering space, a place for families to spend time together, eat Wood Stone Pizza and great pub food, and sip some of the best local brews in the Pacific Northwest. They offer events like pumpkin carving contests, weekly growler night, open mic night, trivia night, and live music. As the brothers put it, “Our heart is here and now we have something to give back to our community.”

In less than a year, the brewery has begun winning awards (Bull Kelp ESB won the 2018 Washington Beer Awards Gold and the 2018 Beer Festival Bronze), canning their beers and selling kegs for the Friday Harbor run of the Washington State Ferries. 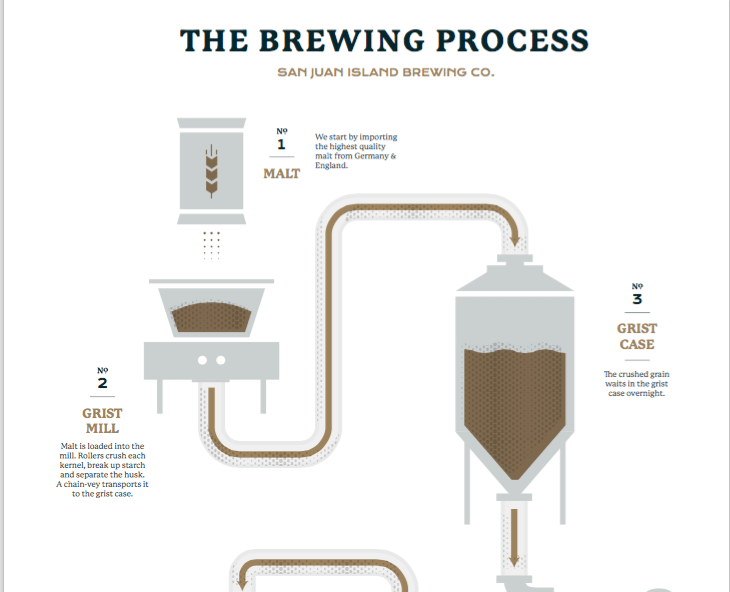 San Juan Island Brewing did it right from the start—consulting pros, conducting years of research, investing in the best equipment and an experienced brew team, building their very own brewery and restaurant, and seeking expert help for creating a brand built for the long haul that perfectly represented their unique island personality. Follow their story at: