West Seattle 101  was Seattle’s first neighborhood guidebook. A collection of 101 stories on fun things to do in this eclectic Seattle neighborhood, the title sold enough copies to put 1 book in the household of every 4 residents who lived in West Seattle at the time of publication. It quickly became a coffee table classic for locals and a hot ticket item for realtors marketing this up-and-coming area. 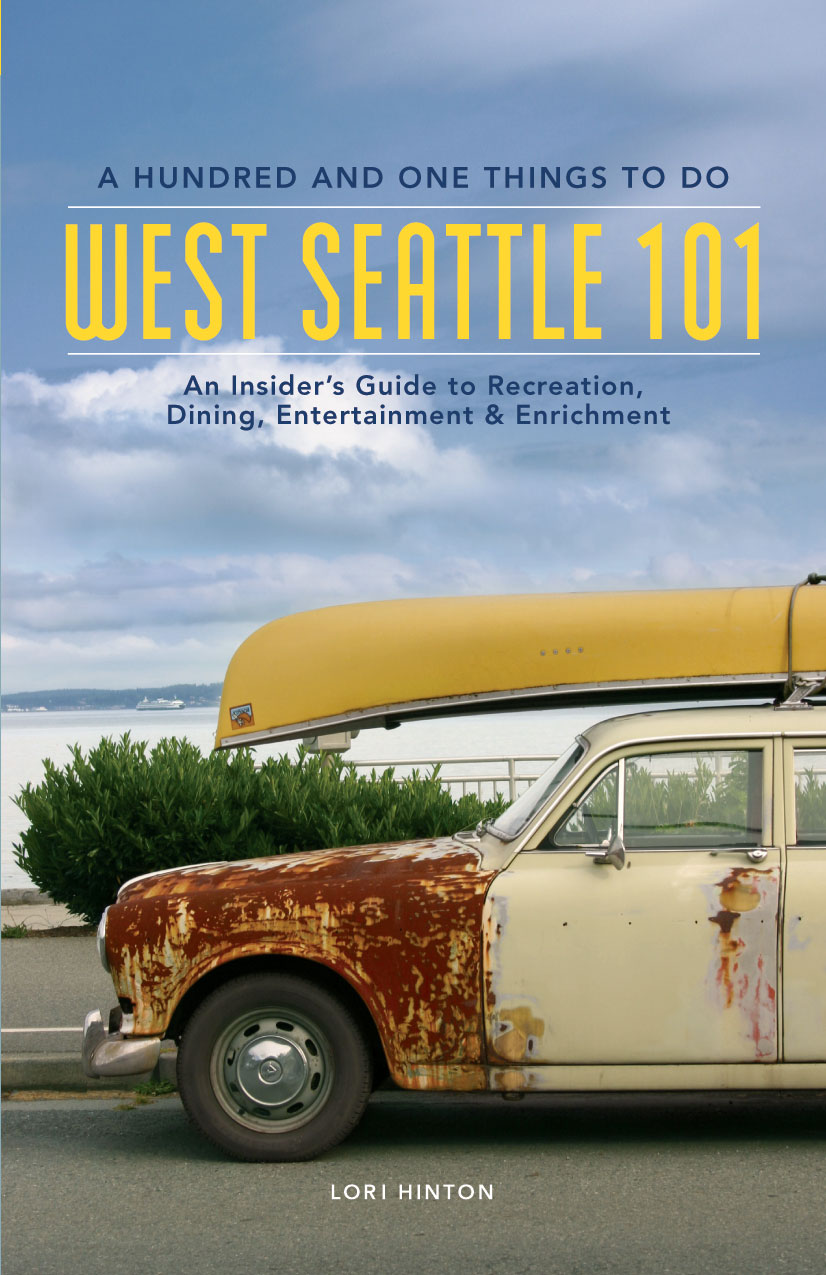 “Lori was ahead of her time writing this book. She was passionate about an idea and ran with it, successfully.”
-John Zilly, Author & Publisher for Adventure Press 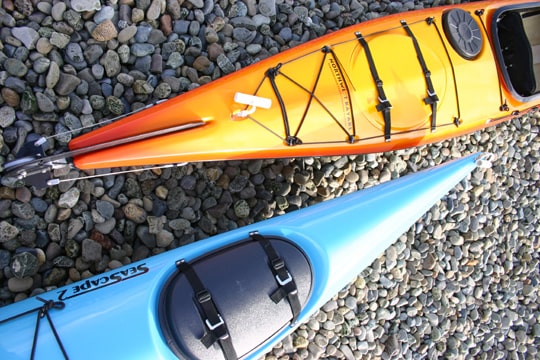 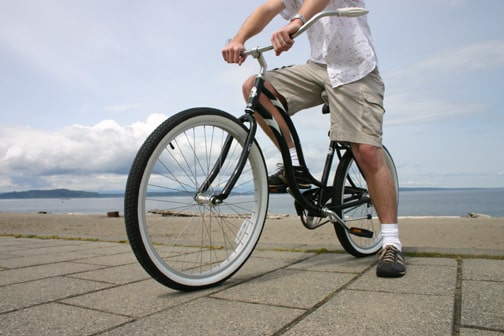 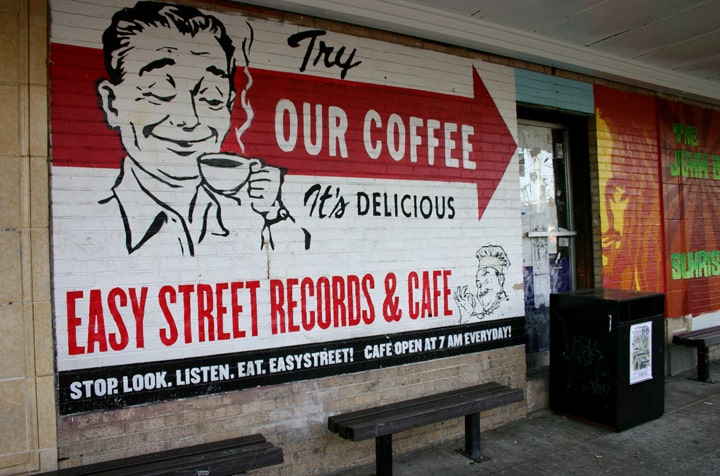 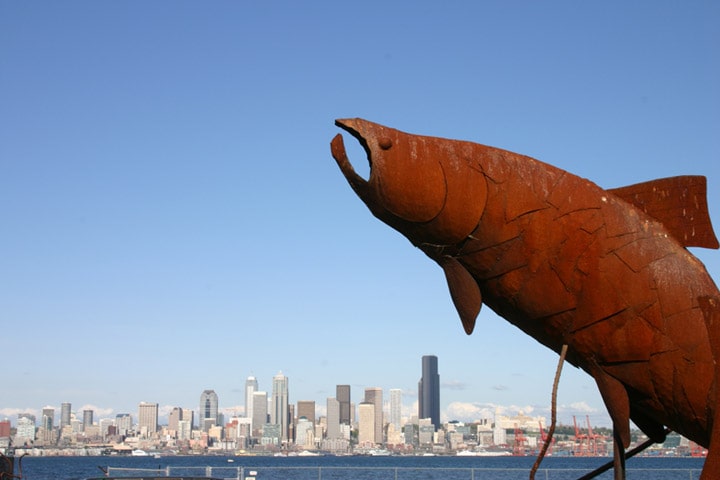 A West Seattle native, Lori Hinton grew up exploring the unique peninsula that was part small town and part natural playground right next to the big city. After high school, she moved away for college and spent several years traveling the world. When she came back (like a salmon returns to its home stream), Hinton was overwhelmed at how her neighborhood had evolved and yet how its unique character remained the same. Lori re-discovered her hometown and felt compelled to share it.

Hinton envisioned writing a book about West Seattle with short stories that would highlight local icons, outdoor activities, dining, arts & entertainment and area history—revealing interesting tidbits that would surprise even long-time residents. But writing a book is a monumental task.

The freelance writer figured if she could write one story per week for two years, she would have a hundred articles to repurpose in a collection and publish as a guidebook. She pitched the West Seattle Herald the idea of writing a column called “101 Things to Do in West Seattle.” At first, the editor was skeptical, wondering if there really were that many things to do in West Seattle, and if Hinton would have the persistence and follow through to make it to 101. The next day she presented her first 50 ideas to the paper and her column was born.

The weekly column quickly took off and began attracting followers. By the time she had reached 101 stories, her loyal audience was ready for “the book.” They felt as if the book was about them and their neighbors and were proud to be a part of it. The first printing sold out in three months and the second printing followed shortly thereafter. Hinton continued to write her column for nearly a decade, compiling a whole lot more than “101 things to do.” Lori has been asked again and again if she will do a sequel, as the neighborhood is changing and growing faster than ever. So stay tuned… 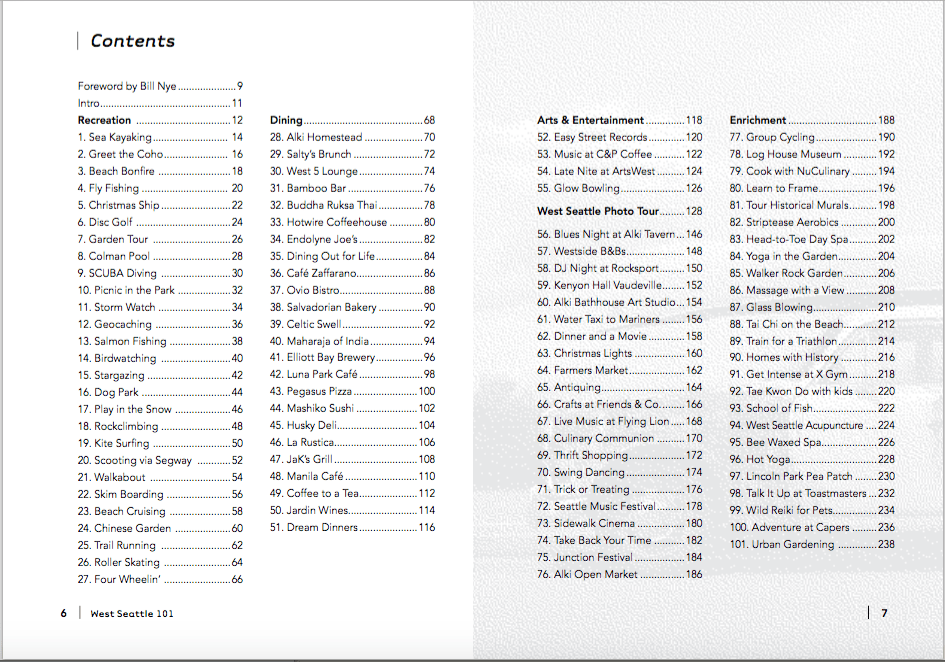 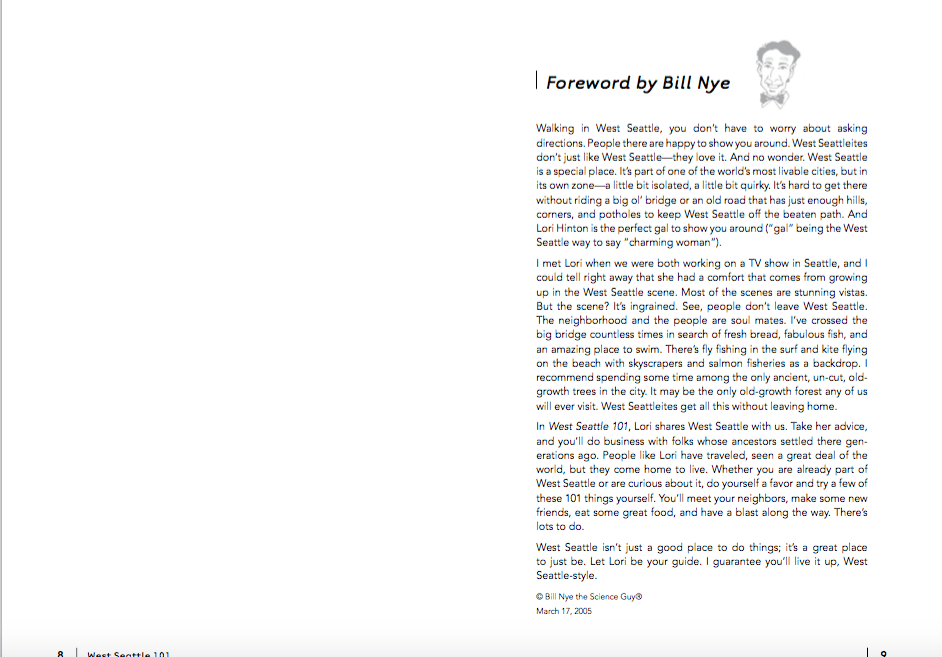 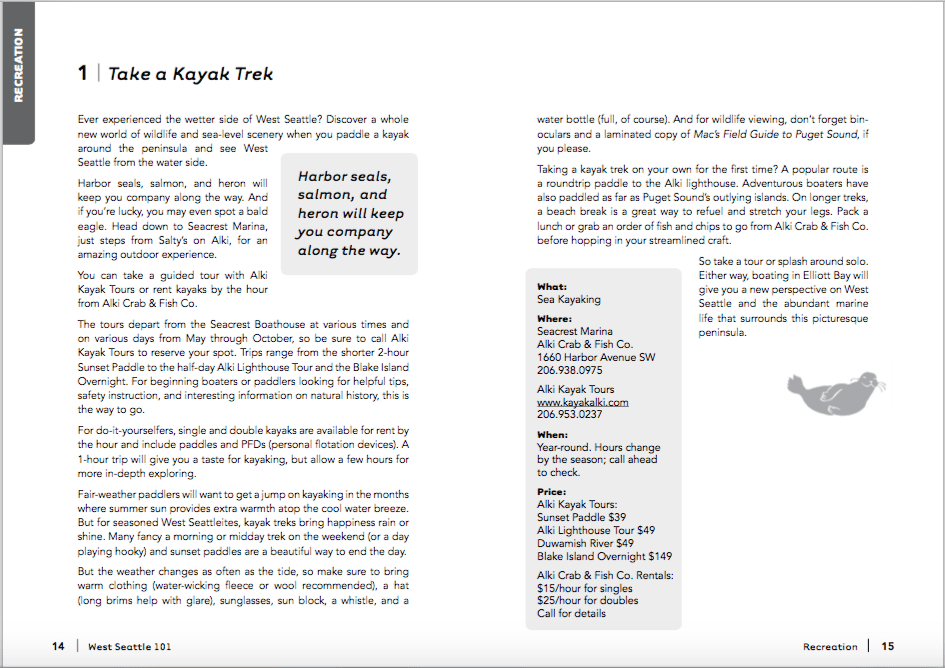 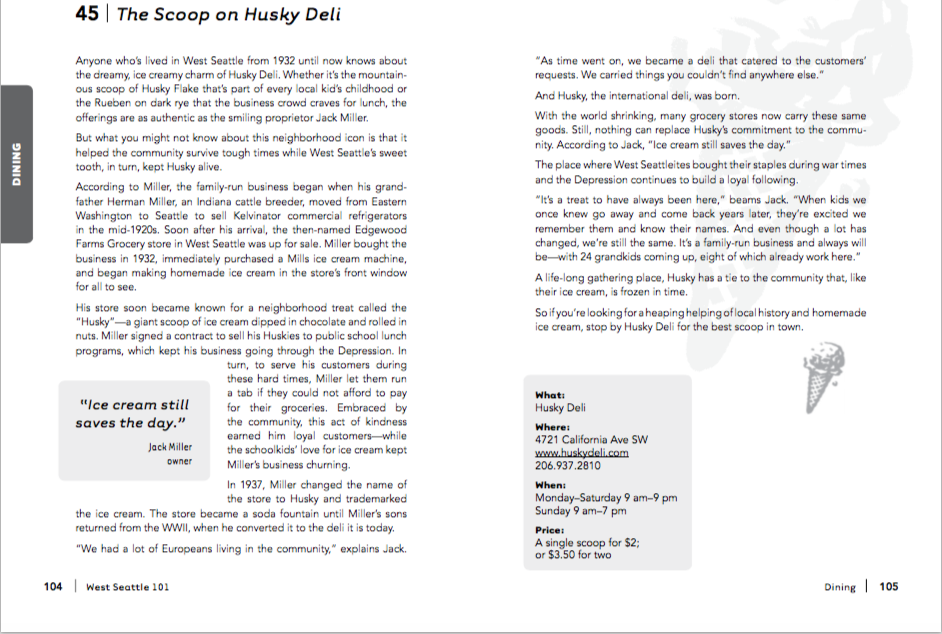 West Seattle 101 was the first book of its kind. The hyper-local focus armed readers specific information encouraging them to go out and enjoy adventures in their own backyard, learn more about their neighbors and appreciate the history of this small town across the bridge from the big city. It was not Hinton’s story she told, but the story of her tightly-knit community. And for that, West Seattle truly embraced West Seattle 101.