Let’s Ride with Bill Nye is a web-driven campaign Hinton Creative spearheaded for Diamondback Bicycles. The goal was to step out of the cycling industry’s usual communication channels and present complicated (and often intimidating) information in a friendly and approachable way to attract beginner and intermediate bike riders to the brand. View the 5-part video series:

“This was one of the most creative campaigns that actually solved a problem.”
– Steve Westover, VP of Marketing for Diamondback Bicycles 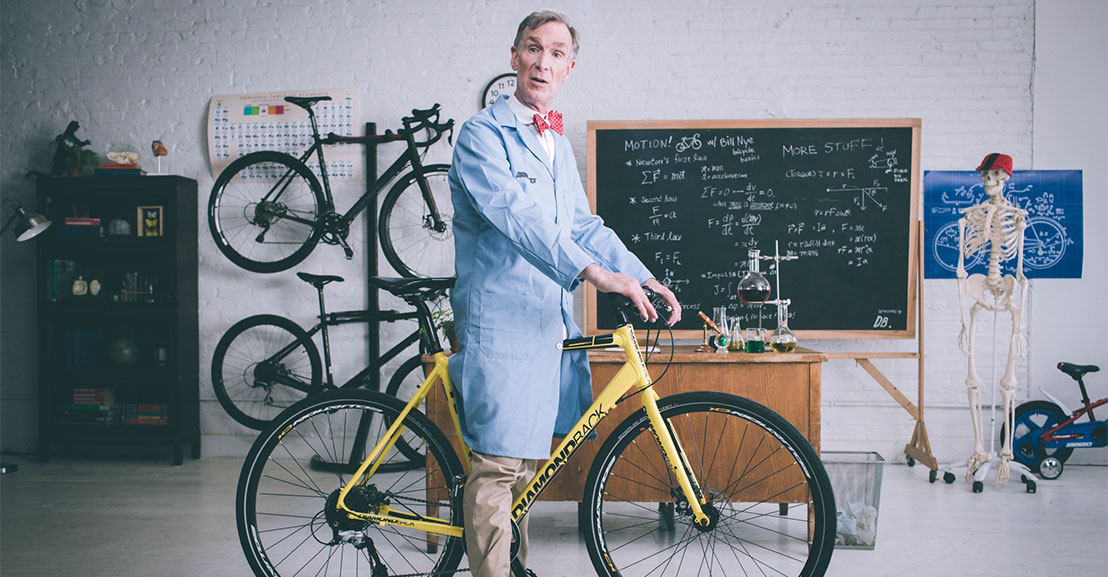 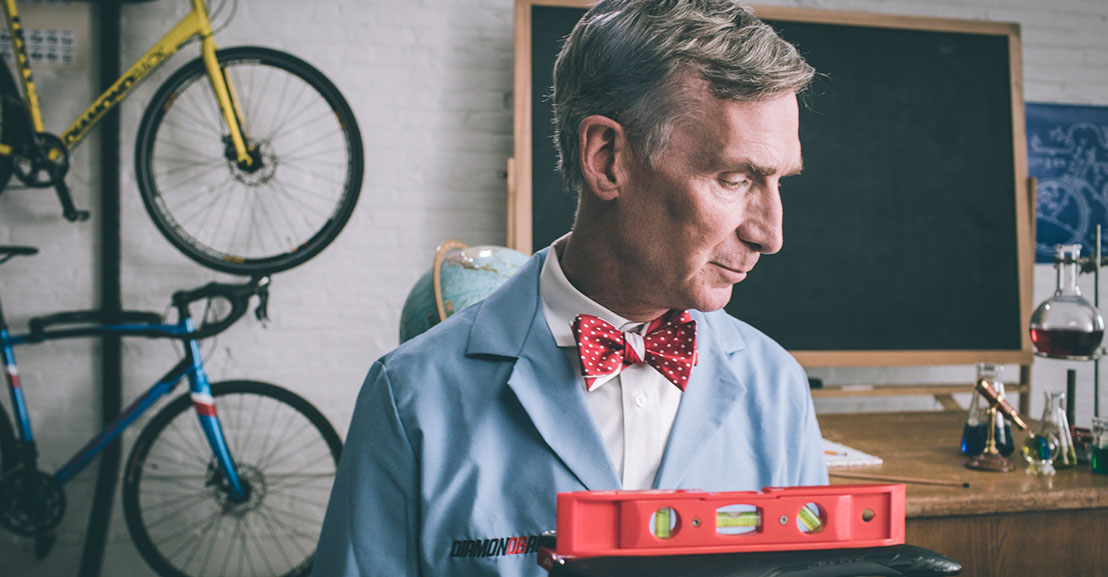 Founded in 1977, Diamondback is a popular brand with existing cyclists. But the brand also wanted to reach a new audience—a broad base of beginners and intermediate riders looking to find a bike brand that would help guide them through the complicated process of buying the right bike for their needs.

Diamondback was a long-standing client, and approached me with this goal. Having been a scriptwriter and producer for Bill Nye The Science Guy in the past, I immediately thought he’d be the perfect celebrity host to gain the attention of a wider audience and deliver complex information in a simple yet entertaining way. He’s also a cyclist, so I knew his passion would shine through.

“The Let’s Ride with Bill Nye series came about from a conversation about how to reach a broader demographic in a fun and unconventional way,” explained Diamondback’s VP of Marketing Steve Westover.

Upon approval of the concept, I got to work quickly to secure Bill as our talent and started researching and writing scripts while putting together a talented team of videographers to shoot in the iconic backdrop of Central Park.

“Lori not only generated the idea but wrote, produced and pulled together the most amazing set of resources to make it happen.”

We shot 5 videos in one incredibly long day and they spoke to the audience Diamondback was after.

The day the campaign launched the website crashed—becoming the highest web traffic day ever for Diamondback.com. As web traffic increased by 60% this translated to a giant bump in bike sales for 2016/2017.

Let’s Ride with Bill Nye was also very well received by the cycling industry as one of the first big efforts to reach outside of the typical cycling customer.

“This was one of the most creative campaigns that actually solved a problem,” explained Westover. “It targeted a broader entry level consumer with a solution that simplified the process of buying a bike.” 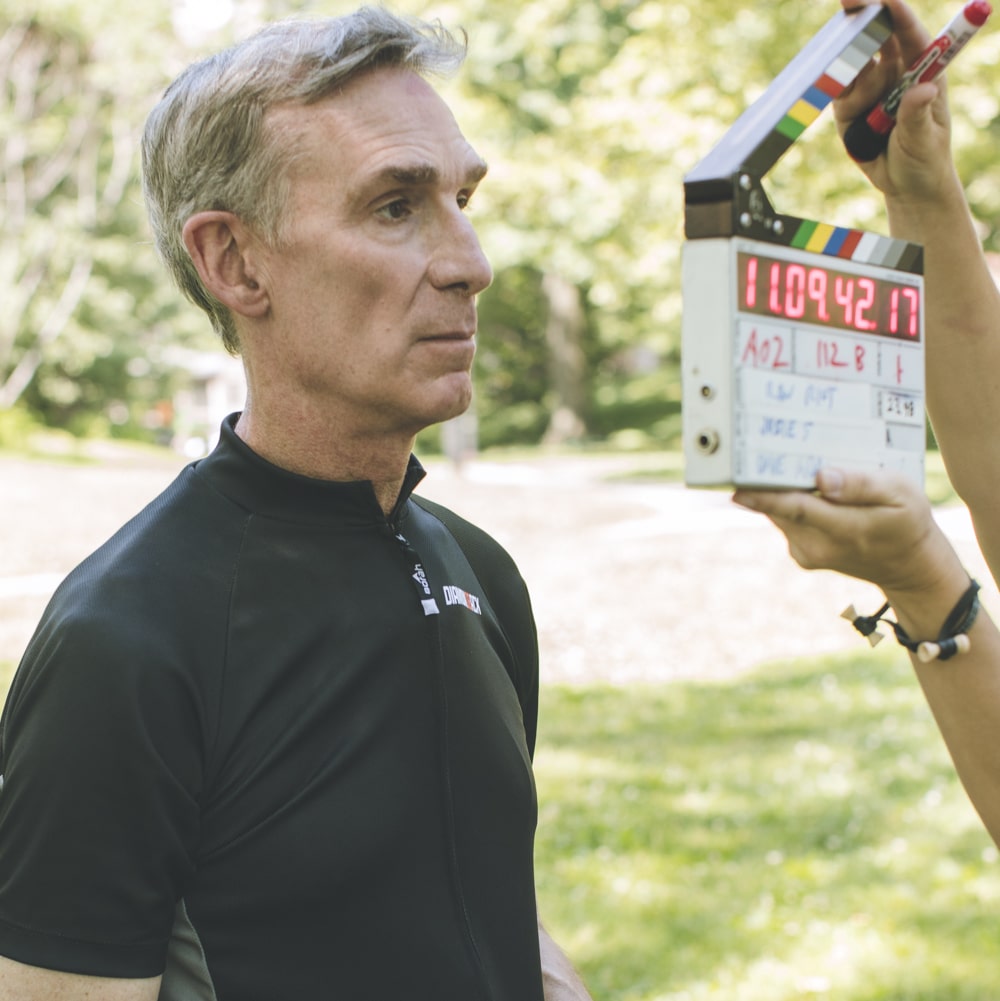 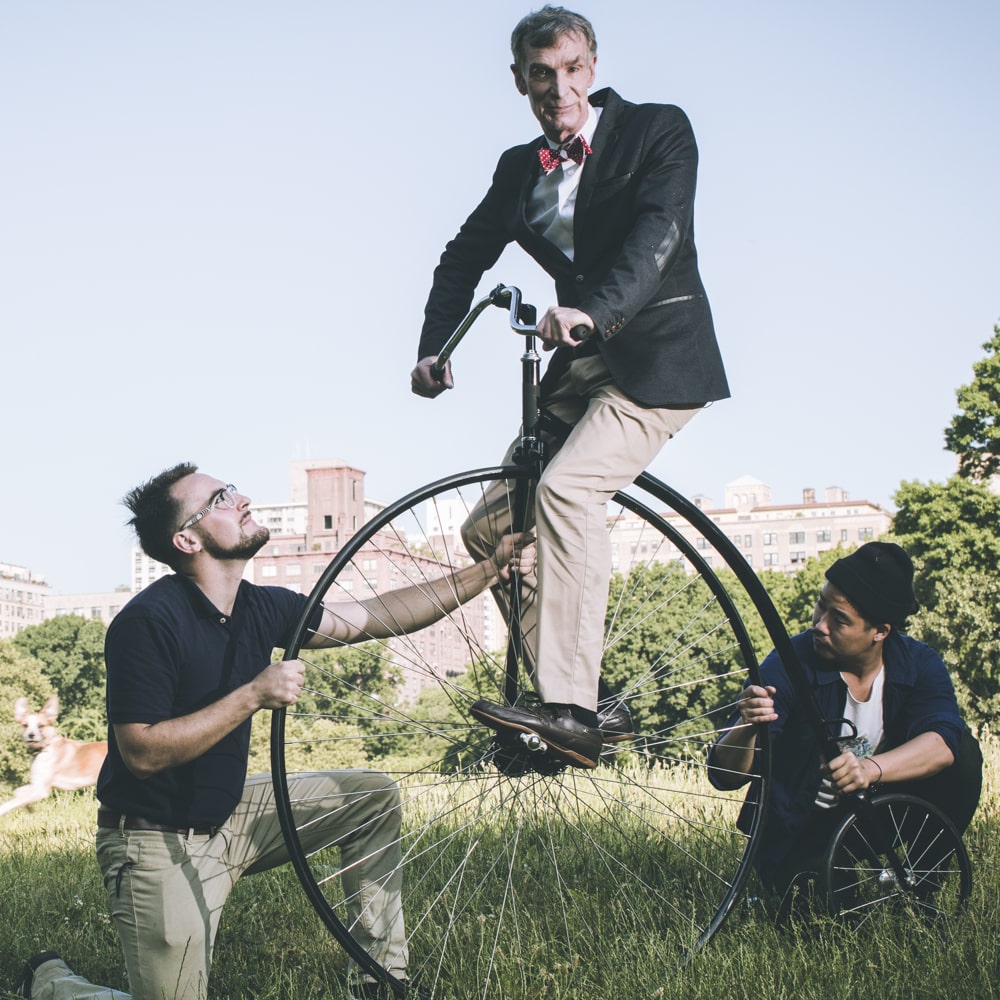 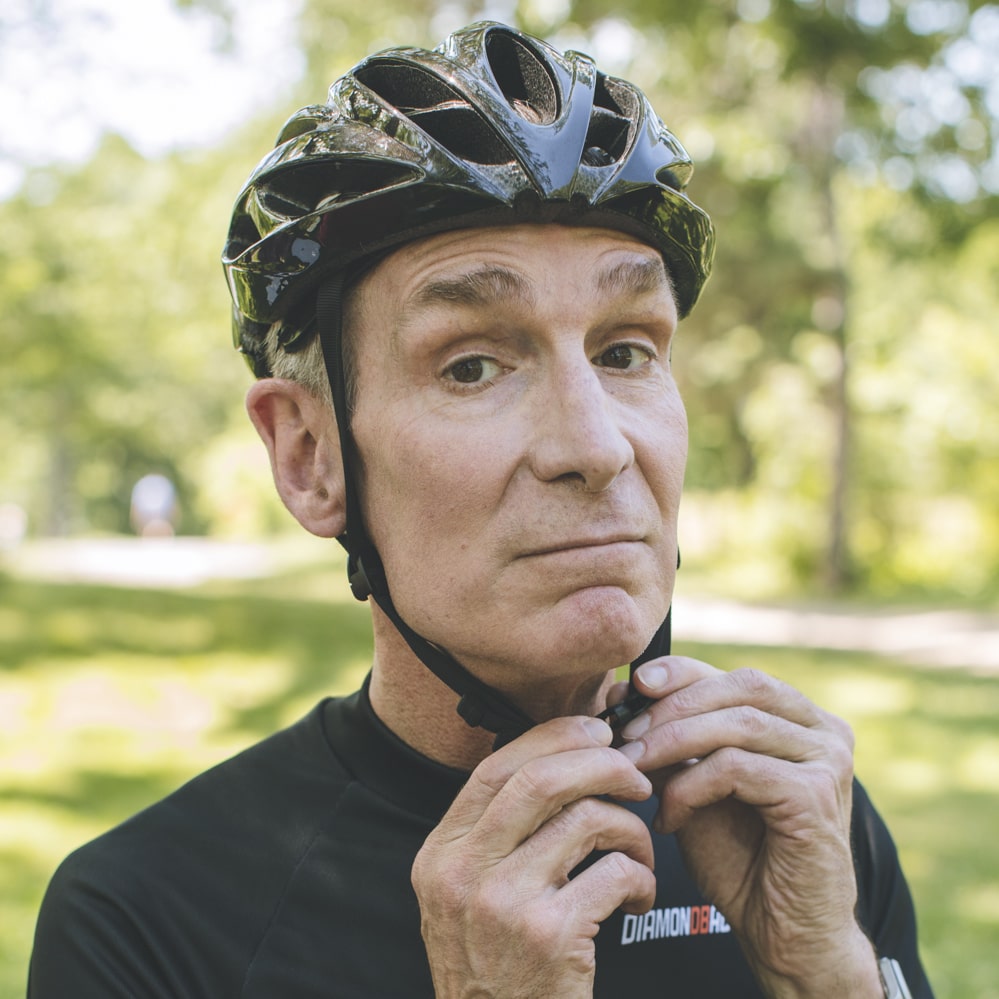 The Let’s Ride with Bill Nye campaign also included various how-to web articles for beginner riders with content written for and approved by the Science Guy himself.

Most bike companies market to consumers using sponsored athletes or events that are only familiar to existing cyclists who are already in-the-know. Diamondback’s Let’s Ride with Bill Nye campaign branched out of the industry’s norms to reach the general population—and it worked.